Top 10 battel royale and survival games to play in your android phone – free!!

Believe me or not, I also love to play battle royale games. For those who don’t know what is battle royale? so let me tell you in a single line: Multiplayer game where you have to do fights, dance, race and much more to survive. Check out these Top 10 Most Played Battle Royale Games For Android.

Pixel’s unknown Battle Ground is third person action game. Your objective is to be the last one standing in this ruthless battle, fighting against other players in an enormous setting full of weapons.But keep in mind that the setting will gradually shrink until, after 5 minutes, all the remaining players are at the center of the map.

Battlelands royale is a casual gun game for everyone to enjoy, With 32 players and 3-5 minutes battles it’s pure non-stop carnage! No waiting in lobbies; no complicated menus to navigate. Just play, parachute,loot.shoot and survive.

Survivor Royale is a first-person shooter,where hundreds of players face each other inside a huge island filled with weapons and vehicles. Only one of them will come out alive and become the winner.

Free Fire – Battleground is third-person action game that’s inspired by PUBG. Here you will join a group of up to 50 players battle to the death on an island full of weapons and vehicles. Only one player will make it off  of this island alive.

Rules of Survival is third-person shooter clearly inspired by the pubg, in which up to 120 players are stranded on an enormous island full of weapons and vehicles. The last man standing is crowned as the only winner.

Creative Destruction is a sandbox survival mobile game that infusing sandbox crafting and Battle Royale with a light, cartoon art style. Players will parachute in a large scale of 16,000,000 square meters, with 13 interesting  spots waiting to be explored. In this virtual world, all elements in this world can be built and deconstructed. Explorers can use an secret weapon named destructor to destroy anything in sight. There is a variety of weapons at your fingertips. Collect different weapons, rave against snow-storm and battle to death.

CrossFire: Legends is the official Android version of the classic game CrossFire. One of the World’s top FPS title ever. This time around  you will find there is a new variant on gameplay including a full “Battle Royale” area where you face off against over 120 players. Play solo mode, in 2p games or in groups of up to 4 players.

Clash Royale is a tower rush video game in which players in games featuring two or four players (1v1 or 2v2) in which the objective is to destroy the most amount of opposing towers. With the destruction of the “King tower” being an instantaneous. After three minutes, If both of the players or both of the teams have an equal amount of crowns or none at all the match continues automatically onto overtime and the player who destroys an opposing tower wins instantaneously. After overtime, a draw occurs,

PUBG Mobile is an action game in which up to one hundred players fight in a battle  royale, a type of large-scale last man standing deathmatch where players flight to remain the last alive. Players can choose to enter the match solo, or with a small team of up to four people. In either case, the last person or team left alive wins the match and get chicken dinner.

Each match start with players parachuting from a plane onto a map area approx. 8×8 kilometers in size. Once they land, player can search building, towns and etc to find weapons, vehicles, armor and other utilize and defeat every player in a graphically and tactically rich battleground that force forces players into a shrinking play zone. Get ready to land, loot ,and do whatever it takes to survive and be the last man.

Fortnite Battle Royale features up to 100 players, alone, in duos, on in squads of up to four players, attempting to be the last player of group alive by killing others player or evading them, while  staying within a safe zone to prevent taking damage from being outside it. Players must search for weapons and armor to gain the upper hand on their opponents. The game adds the construction element. Players can use to build fortifications as part of their strategy.

Buckle up and jump off the plane or get ready your troops and show your enemy that who is the real winner. I hope you liked today’s list. please keep loving us and don’t forget to share this post. Happy gaming!!

You might also like this:-
Top 10 Realistic Graphics Car Racing Games For PC
Top10 Most Expensive PUBG Skins 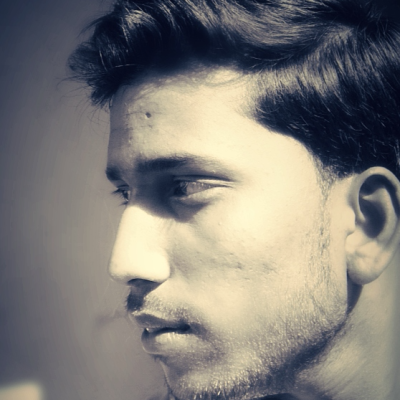